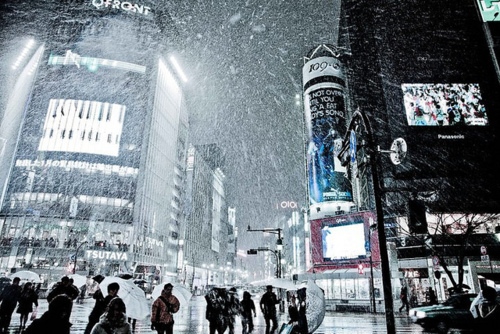 As one of the major fashion cities in the world, Tokyo always create lots of new trends in the fashion world. Moreover, Tokyo is like the other major fashion cities in the world, has four seasons. Therefore, Tokyo is always producing newer and newer trends in each of the season. Now, we’re still in February which mean that Japan (including Tokyo of course) still in the winter season.  Recently, one of the greatest fashion magazines in Japan, Cool Trans, took some snap shot of the Tokyo people on the street and they also categorize what are the this year winter trends. That’s why in this article I’m going to post about what are the top 10 trends in Tokyo this winter based from the ranking that was made by Cool Trans magazine. It’s not the Tokyo people if they were not looked good even in the cold winter time, so let’s take a look on how the Tokyoites look like in this winter!

END_OF_DOCUMENT_TOKEN_TO_BE_REPLACED

One of the reasons that make us love Japan is because Japan has lots of delicious foods, isn’t it? Since Japan has lots of media, such as anime, manga, dorama, game, etc, to spread their culture; it also make the Japanese foods become well-known among us and even in the world. I guess there isn’t someone who doesn’t have any idea about sushi today. Another interesting thing is Japan has lots of variation of foods because Japan has four different seasons, since you can’t eat something that is cold in winter season unless you wanna get stomachache. Today, as the winter season draws near, I’m going to cover about what are the Japanese winter dishes, the tasty foods that can make our mouths water and warm our body as well in the midst of the snowy season. END_OF_DOCUMENT_TOKEN_TO_BE_REPLACED

People Currently Working on the Blog